Want to meet indie filmmakers and film lovers around the world? *ONLINE ACCESS ONLY* About Boozin’ N Schmoozin’ Want to meet

Want to meet indie filmmakers and film lovers around the world?
*ONLINE ACCESS ONLY*
About Boozin’ N Schmoozin’
Want to meet indie filmmakers and film lovers around the world? Looking to find a team to work on your next project, volunteer your services for some set time, or just chat about movies with someone who can tell the difference between Fight Club and Dallas Buyers Club? Come to Raindance’s Boozin’ N Schmoozin’ – the monthly filmmakers networking event for people who love and make films!
During the evening there will be an opportunity for attendees to address the virtual room with requests and offerings. For example, “I am a writer/director looking for a producer to work with on my new script”, or “I am a DoP looking for new projects to work on”, etc
Next date: Bank Holiday Monday 31st May from 7.30pm
Get your cocktails ready and join us on Zoom
Virtual doors open at 7.:30pm. The presentation starts at 8pm.
Hosted by Alex di Cuffa
What they’re saying:
“The network was really broad with lots of new people.” – Andre Farquharson
“It was really worth while. I spoke to a lot of people, gave out alot of business cards. I would definitely want to go again.” – Harry Demuth
“Nicely organised – MC Alex was charming.” – Inez
“Thanks. Was a good to meet some lovely people tonight.” – Darren Brade
“Nice place to be…good vibrations…!” – Viorel Obreja Whitaker
The Zoom link will be sent on the day. 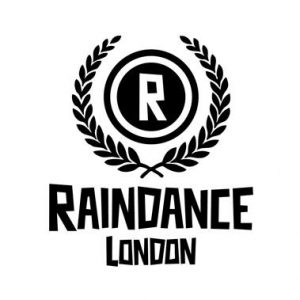 Raindance is dedicated to fostering and promoting independent film around the world. Based in the heart of London, Raindance combines Raindance Film Festival, training courses — which are offered throughout the year at our 10 international hubs — and the British Independent Film Awards. The organisation was founded in 1992 by Elliot Grove as a thought experiment: can you make a film with no money, no training and no experience? The first Raindance event was a masterclass with Dov Simens held in London in April 1992. Just over one year later in October 1993 Raindance Film Festival was born, held at London’s Prince Charles Cinema and Ciné Lumière, giving What’s Eating Gilbert Grape its UK premiere. Since then, Raindance has hosted the UK premieres of The Blair Witch Project, Dead Man’s Shoes, Memento, Ghost World, Capturing the Friedmans, Down Terrace, I Origins and Old Boy. The festival runs annually in September in London’s West End. In 1998 Raindance created the British Independent Film Awards, an annual celebration of the best UK independent films of the year held in December. Top honours have been awarded to My Name is Joe, Billy Elliot, Vera Drake, This Is England, Slumdog Millionaire, Pride and American Honey. Operating for more than 25 years, Raindance offers a wide range of evening and weekend film training courses in cities around the world, including London, Toronto, LA, Berlin and Paris, as well as online — all taught by experienced film professionals. Our courses, classes and workshops include some of the most popular in the world, spanning disciplines and crafts such as screenwriting, directing, producing, cinematography, special effects, editing, lighting, sound and short film making to name just a few. Past students of Raindance film training courses include Sahsa Baron Cohen (Borat, Les Miserables), Sadie Frost (Bram Stoker’s Dracula, Set the Thames on Fire), Oscar-winning screenwriter Julian Fellowes (Gosford Park, The Tourist), Nick Hornby (An Education, Brooklyn), Christopher Nolan (The Dark Knight trilogy, Inception), Oscar-nominated producer Alison Owen (Elizabeth, Saving Mr Banks), Guy Ritchie (Snatch, RocknRolla), Matthew Vaughn (Kick-Ass, X-Men: First Class), Edgar Wright (Shaun of the Dead, Hot Fuzz), David Yates (Harry Potter and the Order of the Phoenix, Fantastic Beasts and Where to Find Them), Tom Hooper (The King’s Speech, The Danish Girl), Russell Howard (Mock The Week, Russell Howard’s Good News), Bonnie Wright (Harry Potter series), BAFTA-winning producer Charles Steel (The Last King of Scotland, How I Live Now), Ken Marshall (Filth, London to Brighton), Kirk Jones (Nanny McPhee, Everybody’s Fine), BAFTA-winning producer Richard Holmes (45 Years, Eden Lake) and BAFTA-nominated producer Philippa Braithwaite (Sliding Doors, Doc Martin). 10a Craven St, London, United Kingdom

We use cookies on our website to give you the most relevant experience by remembering your preferences and repeat visits. By clicking “Accept All”, you consent to the use of ALL the cookies. However, you may visit "Cookie Settings" to provide a controlled consent.
Cookie SettingsAccept All
Manage consent